“ONU Holiday Spectacular” brings the Christmas spirit back on campus. 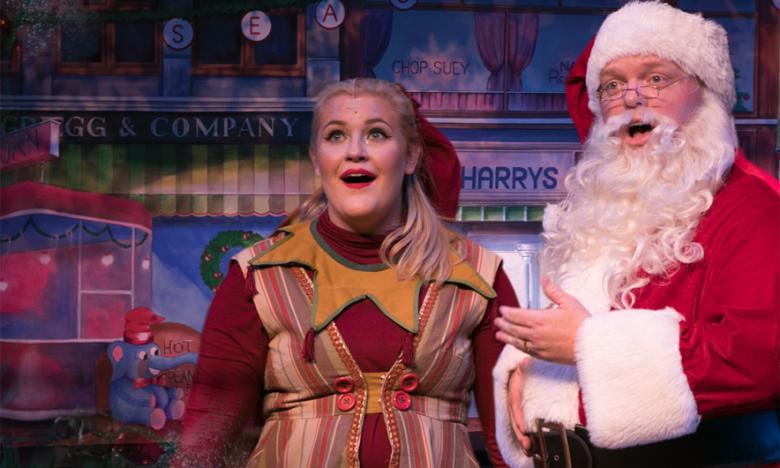 The holiday season is right around the corner and everyone on campus can almost hear the theater arts department practicing and rehearsing for The Holiday Spectacular.

With only 21 rehearsals in a short three-week time span, the students in this program are getting ready to showcase the 24-year running show to the Ada community November 15th through 17th.

The performance follows Mrs. Claus and Tinsel the Elf as they travel through magical places in search of Trixle the Elf who has stolen the “magic compass”.  Director Kristen Osbun-Manley said, “The show retains many of the standard numbers and same scenes, but every year we update/refresh an existing number or add something new to keep it fresh.”

Raymond Cronley, playing Tinsel the Elf, described all the different places the characters visit,  “It is a whole lot of crazy Christmas set pieces strung together by a magic compass plot, it’s a storybook Christmas story.”

The cast revamps the performance with new songs, bring back familiar cast members, and different costumes. As much as the Holiday Spectacular is a special tradition for the cast and the Freed center, it is also a tradition each year for the community.

Over 9,000 people see the Holiday Spectacular every year. It is one of the grandest holiday traditions in the area – brings lots of smiles and warms the hearts of many.” – Osbun-Manley

“It is nice to do a show for just pure enjoyment and spreading that joy,” said Darby Beckwith, playing Mrs.Claus. “When we hold the show at the Lima Civic Center all tickets are 5 dollars so no one person or family will be turned away.”

It is something bigger than us. [The show] will carry on and affect people the way it has for us.” – Alie Campbell (Trixle the Elf)

The Holiday Spectacular continues to grow year after year and allows for a tradition, just like putting out cookies for Santa, to remain in the Ada and Lima community. If the viewers can’t get enough of the cast and crew during the November show times, the program can still be seen in Lima November 30th – December 2nd.