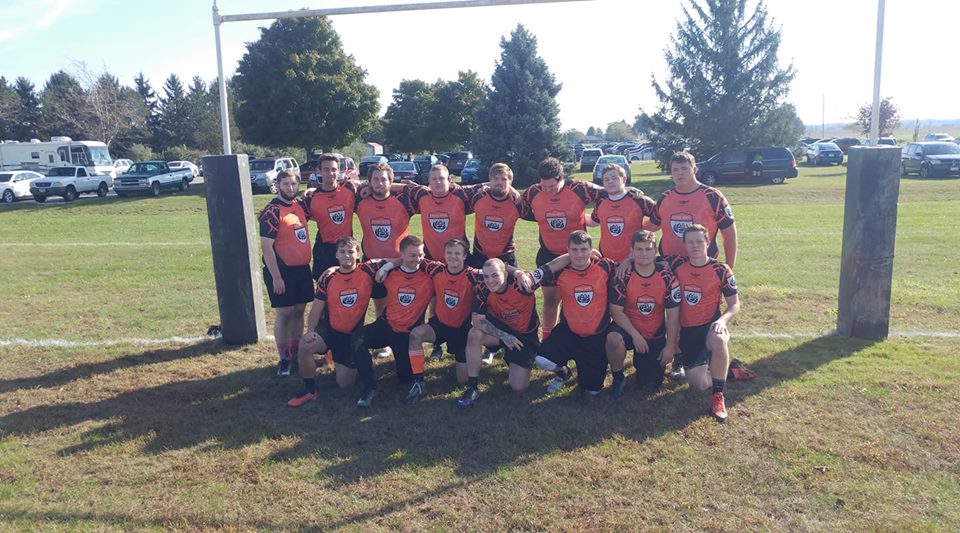 For the last 40 years the Black Rose Rugby team has been a part of Ohio Northern athletics. This club sport is comprised of approximately fourteen men who compete nine months out of the year. These athletes practice four times a week and work in the off seasons to better their skills and the program as a whole.

The team prides itself on being an accepting and an equal opportunity club. President and Coach of the team, Dylan Myers, hopes to make that message known to students.

“We will take players regardless of size, strength, ability, and experience as long as they are coachable and willing to work hard.”

Black Rose hosted their last tournament of the year on Oct. 27. Ohio Northern defeated both Kenyan and Wabash in two grueling games. Kenyan left unsuccessful, losing 39-0 to Black Rose. Wabash put up a tough fight against Ohio Northern, but ultimately Ohio Northern won by a tight 15-10.

Black Rose rugby ended their season with a record of 8-2. Their two losses this season were suffered against Tiffin University. This record falls short of their goal of winning ten games this season, but they had to combat the issue of teams canceling games this year, missing out on many opportunities for victory.

This season the team scored 249 points and only gave up 111 points. Myers states, “This has been the best season since 2007, when the team won the state championships.”

Successful recruiting for the fall season was one of the biggest factors for the successful season. Players such as Kris Kristofferson and Connor Cruea were new to the team and became vital in winning games. Myers states, “We are always looking for new athletes to join us for upcoming seasons. We encourage interested men to reach out to the team to be a part of this organization.”

Other assets to the team include Junior Nolan Yahrmarkt and Senior Ben Fink, who are both veteran players of the team. Yahrmarkt states, “One strength of ours is the ability to control and move the ball efficiently. We improved on limiting mistakes and limiting the amount of times we turned the ball over.”

The team chemistry and dynamic was also a contributing factor to this year’s season. Players were willing to work hard and put time into practices to create a winning season. The team also bonded strongly outside of the sport. This evolved relationships of the players and helped to foster team chemistry on the pitch.

Yahrmarkt states, “We started to actually play as a team rather than a bunch of individuals.”

There are several changes that Black Rose hopes to accomplish before the spring season and next fall. The first of those is to recruit more players for the team. Having a larger number of guys will allow them to play 15’s. This style of rugby which the team considers to be its strongest.

Another goal of the team is to possess a bigger presence on campus and on social media so more people are aware of the rugby team at Ohio Northern. The team hopes to gain publicity by holding a fundraiser in the spring where they will be selling apparel.

Black Rose’s goal for next fall is to move out of the developmental league and into a higher, more competitive league. This will allow the team to be eligible for the USA rugby playoffs with the goal of winning another championship.