Why I Chase After Diversity 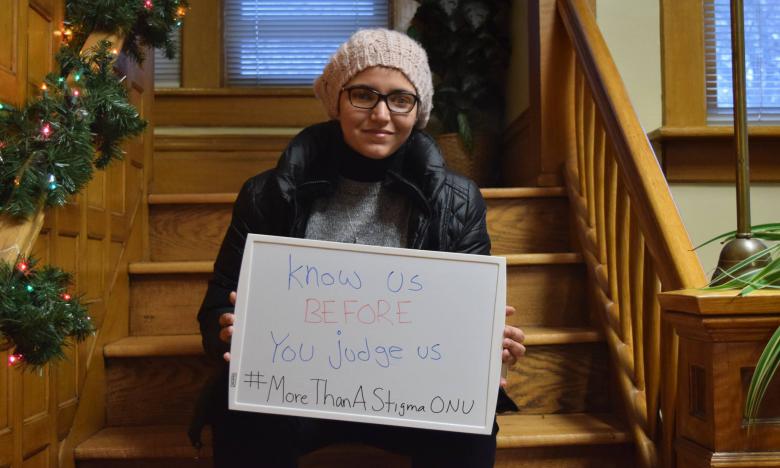 Elle Woods abandoned her platinum sorority life to go “Legally Blonde,” ultimately finding straight As and self-worth instead of a husband. The girls in “Pitch Perfect”banded together to overthrow the reigning champs of a semi-popular a capella competition in a chase for redemption. Even an unenrolled janitor in “Good Will Hunting“ discovered his self-taught genius while mopping the floors of a foot-marked university hallway.

I came into college from a small farm town. This town is the kind where you have a Drive Your Tractor to School Day and have to bust out your family tree before you say yes to a date just in case you and your Friday night milkshake share a great uncle. Every child in my family receives a shotgun for their 13th birthday; our Christmas tree is hand-crafted with a two-by-four base, barbed-wire branches, and gun shell ornaments. To fit the cliché fully, I’m also a pastor’s daughter.

I distinctly remember the moment my sophomore year when I realized the world was bigger than the one in which I grew up. I had made five close friends in the LGBTQ+ community by then, so I thought I was flying pretty high on the Enlightened Spectrum. The reality was, however, that most of my preconceived notions had remained unaltered.

This moment snuck up on me under the guise of just another meeting. I was intending to ask the members of ONU’s Muslim Student Association (MSA) to help our student-run PR firm with a campaign. Part of the campaign required us to interview Muslim students in order to confront people’s prejudices against Islam. I’ll never know how I thought I knew enough about Islam to run that campaign.

But everyone at that meeting immediately knew about my ignorance once I started talking.

I tried my best to explain our campaign to the MSA members. I tried to be sensitive to their feelings and tiptoed around controversial subjects of hate and terrorism. In the end, however, I had to start asking harder questions. I decided to bite the bullet.

A little bit of silence followed. Then a slight chuckle to my left. The question was funny. Apparently other students around campus knew the members of the MSA were Muslim, but they never asked questions about Islam. Maybe these other students didn’t want to get laughed at.

This was a different kind of laughing, though. It was soft and slow, and then gradually louder and sharper. It was the laugh of tension breaking.

That day sophomore year pushed me to step outside of my comfort zone into other areas of diversity in the future. I took classes such as Cross-Cultural Communication, Ethics of International Aid, and Literature, Sex, and Gender. I gave a TED Talk through my speech class entitled “I’m Racist. And You Are?” I even led mission trips for youth in Puerto Rico for two months last summer.

I’ve met a mass of other students with similar appreciations of diversity along the way too. Senior and Lima Hall Residence Assistant Victoria Middlebrooks recently held a Residence Life event called “I’m LGBT+ and ____.” Middlebrooks collaborated with ONU’s Open Doors organization to encourage discussion among people of a range of identities.

“We have this achievement model that we have to follow, and one of the areas that we have to hit is identity and diversity,” Middlebrooks said about her Residence Life position. “People will do their diversity model as like ‘Tie Dye-versity’ and they think doing a tie dye event is enough. And that’s not enough because we’re not actually having conversations around these areas.”

Middlebrooks and I had much to talk about in this area, because of my latest step into diversity. I am leading an interfaith program for freshmen and sophomores as my capstone project. This program is meant to challenge these students to confidently share their faith traditions as well as respectfully listen to those of others. Like the RA, I hope someday in the future we will have a campus body which has these conversations regularly and without solicitation.

As a senior, I know I can’t be the hero to generate such a future. I have a hope, though, that one or two of Elle Woods’ sorority sisters saw what Elle accomplished and desired the same for themselves. What I’m saying is my Hollywood discovery was that diversity is worth chasing, and I hope some other future ONU students think the same.