Spike Down for What? 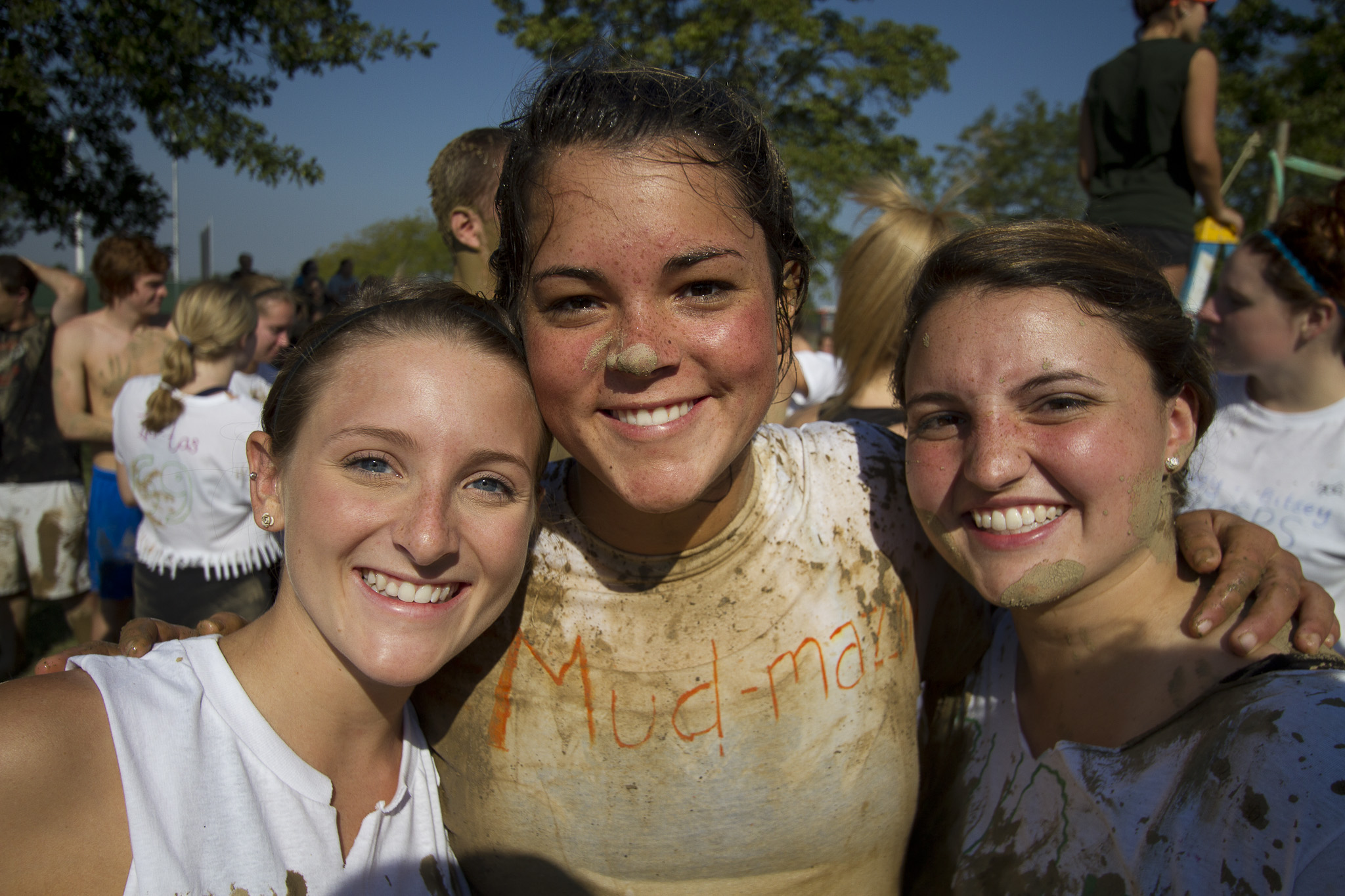 IT’S TIME TO PLAY DIRTY! At least for those interested in Mud Volleyball, that is.

Founder’s Mud Volleyball is an annual event where student teams can play in a single elimination volleyball tournament—in the mud.

Hannah Gustafson, one of the people in charge of the event, feels that it is a great way to meet new people and really get involved on campus.

It’s really become an ONU tradition, she said. Even President DiBiasio will be playing on a student team. And what better way to get acquainted, than by getting down and dirty with your friends?

Lauren Nye, a P2 student, recalls what a great time she had when she played previously.

“I participated last year in an effort to meet my fellow Maglottie hotties and to try something outside my comfort zone…I had such a fun time! We were eliminated in our first game, but it was still so worth it! Staying to watch the other teams battle is entertaining as well.”

The festivities aren’t restricted to just ONU Polar Bears, either. If interested, anyone can participate, Hannah says. You can totally have your significant other or best friend from another school come join for the fun.

Those who wish to play must form teams of six to eight people, come up with a catchy name, and pay one dollar for registration purposes. The money collected will then go toward Dolly Parton’s charity, Hannah says.

So far, there are over 25 teams registered.

“It’s really interesting to see what names each team comes up with,” Hannah adds. “Some are super crazy.”

Examples for this year include: “The Dig Bang Theory,” “We Put the Dirt in Your Mud,” “The Dirty Aces” and “Ballin’ Bears.”

At the end of the event, hoses will be available near the dorms and courts to allow participants to clean up after the game. Hannah notes that it is actually a new rule that players must hose down before entering any buildings, so there aren’t any repeats of trashed bathrooms.

Lauren remembers that she and her fellow players dropped down and rolled in the mud after the tournament before taking advantage of a DIY slip-n-slide made from a tarp, a hose and dish soap.

“A few trips down the tarp, and we were a sudsy, muddy mess. I recall people throwing away their socks and shoes altogether!”

If that doesn’t sound like fun enough, the winners get awesome orange t-shirts with “WE PLAY DIRTY” across the back, as well as bragging rights. T-shirts can also be purchased for 10 dollars.

To register, contact Hannah at h-gustafson@onu.edu with your team name, division, and players. Coed teams must have at least two men and two women on the court during play. For a list of rules and other information, you can contact Hannah or view the Student-L.

“My advice to everyone is to SIGN UP no matter your level of sportiness,” says Lauren.  “All of your friends at other universities will be SO jealous when they see your before & after pictures online!”