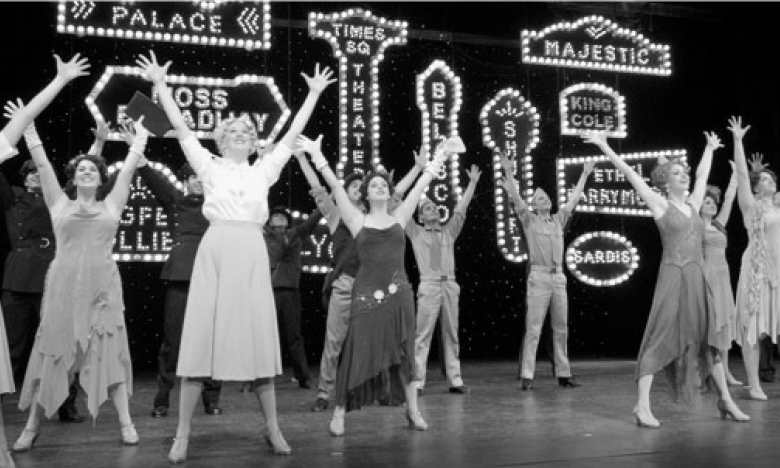 Another season of singing, dancing, music and dramatic performances is being planned by Ohio Northern University’s Theatre Department for the Freed Center during the 2014-15 school year. In fact, students have already started auditioning for roles in the first two fall productions.

Oscar Wilde’s wildly popular comedy, “The Importance of Being Earnest,” will start the entertaining season on September 25-28. This play focuses on the story of John Worthing, a carefree young gentleman who invents the fictitious brother Earnest, whose wicked ways allow John to leave his country house and journey to London. That’s where he stays with his close friend, Algernon Moncrieff.

As the play continues, Algernon has a cousin, Gwendolen Fairfax, who John loves. She strongly desires to marry someone with the name of Earnest. Since John’s “brother” uses the name Earnest, the couple falls deeply in love. When John returns to a country house he shares with Cecily Wardew and her governess, Miss Prism, he realizes that Algernon has also adopted the identity of Earnest to conquer Cecily’s love. So, chaos erupts when Gwendolen arrives.

Stephen Sondheim’s delightful “Company” will be the fall musical comedy on October 23-26. The plot revolves around Bobby, a single man who is unable to commit fully to a steady relationship, let alone marriage. He has five married couples as his best friends, along with three girlfriends. Sondheim wrote the lyrics for the popular musicals “West Side Story,” “Sweeney Todd” and “Gypsy.”

Of course, the holiday season wouldn’t be complete without “The Holiday Spectacular” on November 20-22 in the Freed Center and December 5-7 in Lima’s Veteran’s Memorial Civic and Convention Center. This beloved family tradition features songs and stories of the holiday season. There will be festive carols, dazzling sets, dance and, of course, a visit by Santa Claus.

The spring semester brings three productions to the ONU stage. First, theatre majors and dance minor students will be featured in a spring dance concert on January 31 and February 1, 2015. Based on the dances performed in the 20th Anniversary of Dance at ONU Concert (February 2014), the performances in this production will be spectacular and admiring to watch.

This is the year that the Theatre Department hosts the college’s biennial International Play Festival, which allows students to present the work of a visiting international playwright. The highly anticipated 11th annual show, on February 19-22, 2015, will have a Latin flare with the work of a Cuban playwright.

Lastly, the spring musical is always a dazzling production. Building off the success of this year’s “Footloose” show will be the thoroughly entertaining “The Drowsy Chaperone” on April 16-19, 2014. This will be a parody of American musical comedies of the 1920s, with the story centered on a middle-aged, anti-social musical theatre fan. As he plays the record of his favorite musical, the fictional 1928 hit “The Drowsy Chaperone,” the real-life show comes to life on stage – and he comments on the music, story and the actors. This show will definitely be an excellent conclusion to the Theatre Department’s theatrical season.

The 2013-14 Theatre Department’s season may be over, but the excitment continues for the many talented students at Ohio Northern University. The 2014-15 season will continue to showcase ONU students as they dance across the stage, sing at the top of their lungs, and tell a beautiful story by acclaimed playwrights. The 2014-15 season will bring together the campus and Ada communities inside the Theatre Department’s Freed Center.