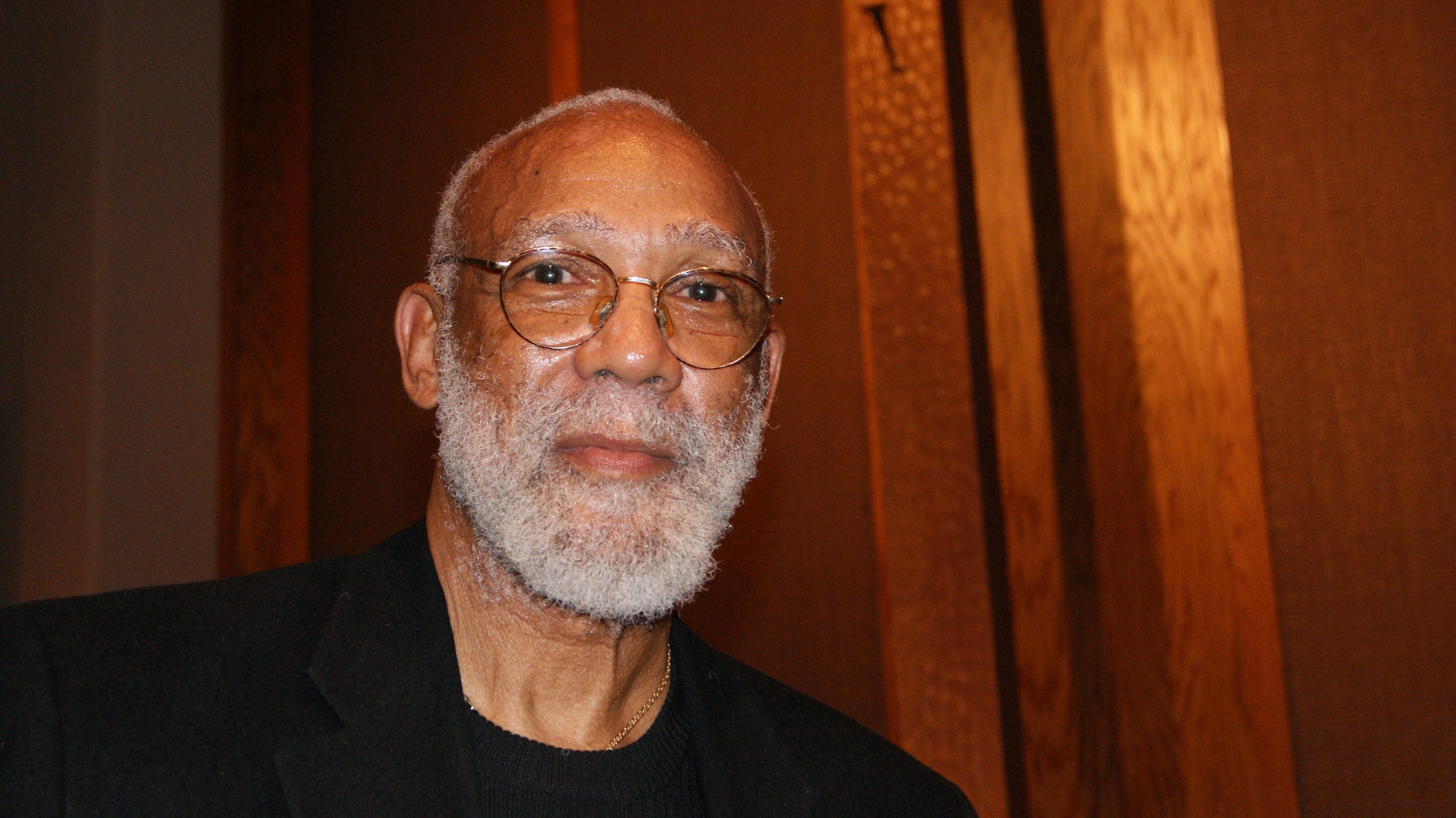 Before a fully packed chapel audience last Thursday, Carlos inspired everyone to “Keep the faith” and fight discrimination.

John Carlos talked about his life story, with the apex of his meeting with Dr. Martin Luther King Jr. immediately before King died. Carlos captivated the audience and filled the room with laughter, wondering why some whites despise blacks yet put on tanning lotion to make their skin darker.

Carlos claimed that his career as an advocate for civil rights began at a young age. He said he always wondered, “Why can’t we all get along? Why did white folks decide they were going to pack up and move out of Harlem? Why was it that a black person couldn’t go to a public pool house?”

These questions, among others, drove him to pay attention to current events to make things better for those around him.

Carlos said that, at age seven, a vision from God made him realize his destiny. In the dream, Carlos was in the middle of a stadium with a huge crowd cheering for him. When he waved back, the crowd turned hostile and spat at him.

When he told his parents of the vision, his mom said, “Looks like God has something special in line for this kid, and it looks like we’ll have to wait and see what it is.”

In recounting his story about what made him choose running as his sport of choice, Carlos said originally he wanted to be an Olympian swimmer. This dream died when his father told him it was impossible, he had nowhere to train, as the Harlem River was too dangerous, and public pools were too crowded or didn’t allow blacks.

Next he decided on boxing. He even showed enough promise that his trainer put up the money to buy his equipment. Eventually he quit though; his mother didn’t want him to get hurt.

It was not until the police caught him stealing food from trains to give to the poor that Carlos decided to pursue running. The police remarked that he was a good runner.

Although Carlos originally disliked the idea of running around in a circle, he took their advice and joined track.

It was through his athletic prowess that the Southern Christian Leadership Conference invited him to San Francisco to talk about boycotting the 1968 Olympic Games. It was there that Carlos met the civil rights legends, and most importantly, King.

Carlos didn’t expect to see King and was nervous. Carlos said King could have been a Saturday Night Live stand-up comic, as “He knew how to crack jokes, how to relax you, and make you feel good about being who you were.”

King supported the boycott. Carlos said that King received a death threat prior to the meeting. The threat read that there was a bullet with King’s name on it and he wouldn’t have to wait for it. King was assassinated soon after.

It was at this point that Carlos said that King didn’t die because he was an activist but because he got involved in the economics of this country and because he felt that everyone should have an equal opportunity for success.

Carlos said he asked two questions for Dr. King: why did King want to get involved with the Olympic boycott  and if King was frightened by the death threat.

To the first, King said he wanted to send a message to the world about civil rights in a non-violent fashion to highlight the contributions of African Americans. To the second, King explained that while men could take his life, they could not take his spirit. Carlos saw no fear.

The short encounter inspired Carlos for the rest of his life, leading him to raise his fist on the medal podium to bring attention to racial injustice: “[King] Gave everybody a piece of himself. The question is, whether you can find him,” Carlos said.