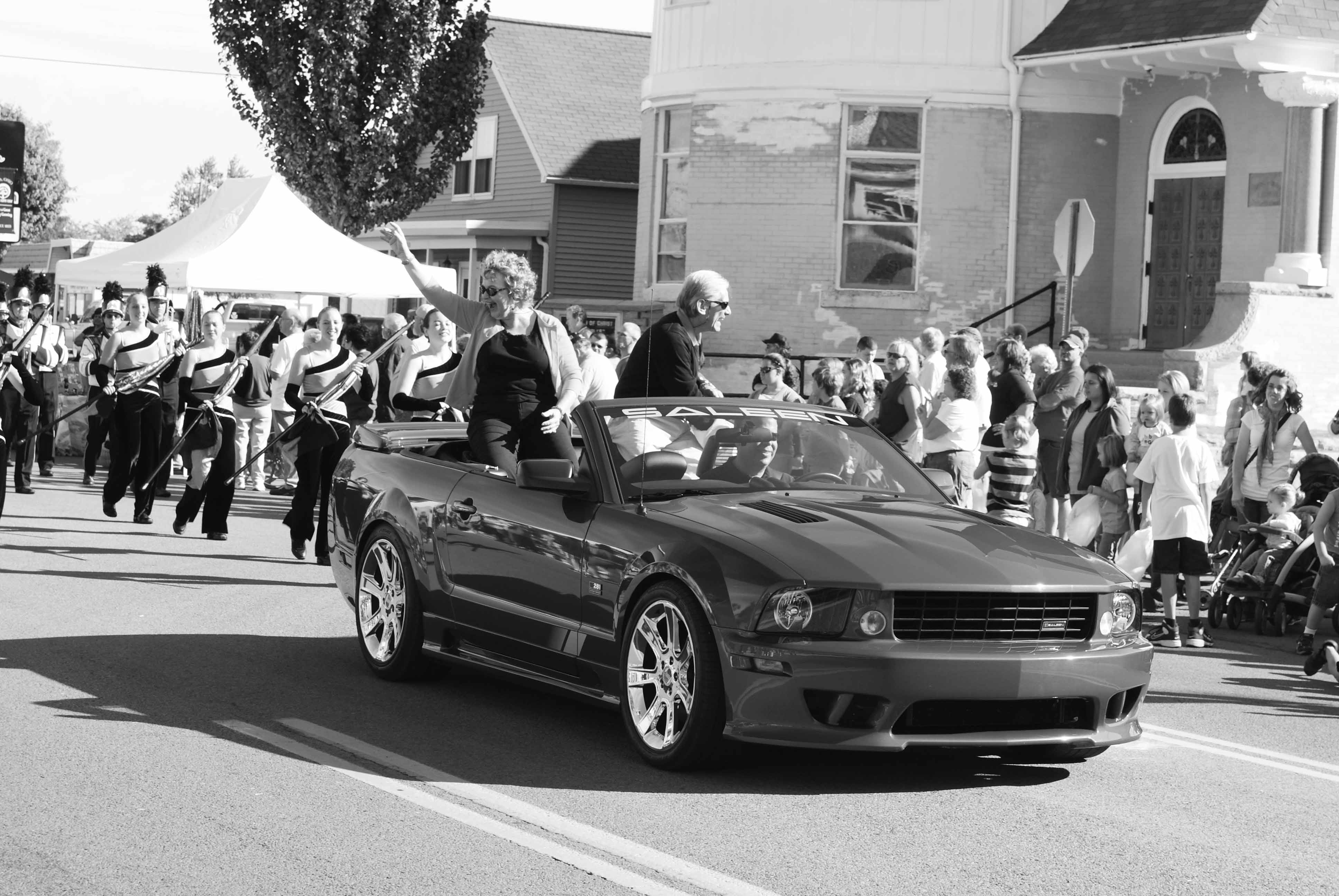 As the new school year commences, and students take one more step in beginning their professional careers, the career of Ohio Northern University President, Kendall Baker, will come to an end. Baker will retire at the end of the 2010-2011 school year.

The reality that this is Baker’s last year set in when he made the formal announcement last April, but he’s been so busy with the start of the school year, that he hasn’t had much time to think about his looming retirement.

“I’m just doing the things that I normally do every year, and right now we’re full steam ahead,” Baker said. “In the new year I’ll probably think more about it.”

Baker doesn’t hesitate when asked why he is leaving the university after twelve years of service.

“It’s real easy,” he said, picking up a picture of his grandchildren from a shelf. “That’s why.”

Despite the easy decision, Baker will miss the school that inspired him to remain in academics.

Thirteen years ago, he was finishing his last year as President at the University of North Dakota, and he and his wife, Toby, were ready to abandon the life of academics.

The couple decided after Baker finished his time at North Dakota, they would relocate to Colorado to take on the life style of ski bums.

While the Bakers were preparing for the mountains, Ohio Northern was wrapping up its search for a new president. The university had found a qualified candidate, but at the last minute, fate stepped in and the candidate turned Ohio Northern down.

In a desperate search to fill the open position, board members at ONU conducted a search of the college presidents at the time who might be interested in the job. Baker was one of the candidates, and he decided that despite his desires to leave the academic world, he wouldn’t lose anything by visiting the school.

After meeting with six students of the university, Baker had a change of heart.

“The way they described themselves and their experiences at Ohio Northern, and their values and ambitions – they reminded us of the value of the university and how much fun it is to interact with students,” Baker said.

Baker was attracted to the quality of the private university, which he believes is superior to any of the four schools where he resided as president.

“Ohio Northern is able to facilitate an educational process that is second to none,” he said.

Baker also appreciates the fact that the university allows its “talented” students to stay involved in everything that they enjoy.

“I never cease to be amazed how many students come here because the university is so comprehensive,” he said. “There are engineers who play football, and pharmacists in the marching band and swimmers who write for the paper. Not all schools have that but we do.”

After his visit to Ohio Northern, the Bakers decided if they had the opportunity, they would go to university, and he has been part of the Polar Bear family ever since.

Since he arrived on the ONU campus in 1999, Baker has noticed many changes throughout the University. Both enrollment and quality of students has increased in his time as president.

“This year’s freshmen class is the best quality in the University’s history, and that’s a trend that has happened every year we’ve been here,” Baker said. “There’s a similar trend with the faculty. We’re especially proud.”

The physical appearance of campus has also undergone many changes since the Baker’s arrival. Baker recalled being able to stand at the Freed Center, looking to the west, and being able to see open land. Dicke, the apartments, the football stadium, the third floor of the library, the chapel addition and the pharmacy addition have all been built during Baker’s time at ONU.

Although there have been many changes among the physical makeup of the campus, and the quality of the students and faculty, Baker believes it is more important to recognize what has stayed the same throughout his time as president.

“As much has changed, the fundamental values are the same today, as when I got here in ’99,” Baker said. “It’s important that we continue to honor the legacy, and acknowledge, and practice and continue to nourish our heritage.”

With 12 years at the university, Baker has a hard time naming one memory that stands out in his mind. There has been a Nobel Prize winner, a final four basketball and volleyball team, an ice storm in 2005 and a number of commencements during his years as president.

“Toby and I feel so privileged to have been a part of it,” he said. “It’s been the best 12 years of my professional career.”

The only regret Baker has in his 12 years is not coming to Ohio Northern sooner.

“Toby teases me all the time that it took so long for me to finally get it right. I would have liked to have spent 20 or 30 years here,” Baker said.

His time at ONU, and as a president of a college, has taught Baker how to work productively with other people. He believes that being a president is being part of a family, and it’s crucial that he has deep respect for all components of the family.

“There are a lot of other people besides me,” he said. “It’s important to listen to all of their ideas to make my ideas better.”

As Baker prepares to leave ONU, the thing he will miss most is what initially drew him to the university: the students. Not being able to interact with students on a daily basis is something that he and Toby are going to miss a great deal.

Baker’s successor has not yet been named, but the current president would encourage whoever takes over to accept the foundation of the university and to build on the excellence that is here.

As for Baker’s legacy, he is leaving that for historians to decide.

“I won’t worry about my legacy, someone else will figure that out,” Baker said.

Although Baker is leaving, he plans to remain part of the Ohio Northern University community forever.