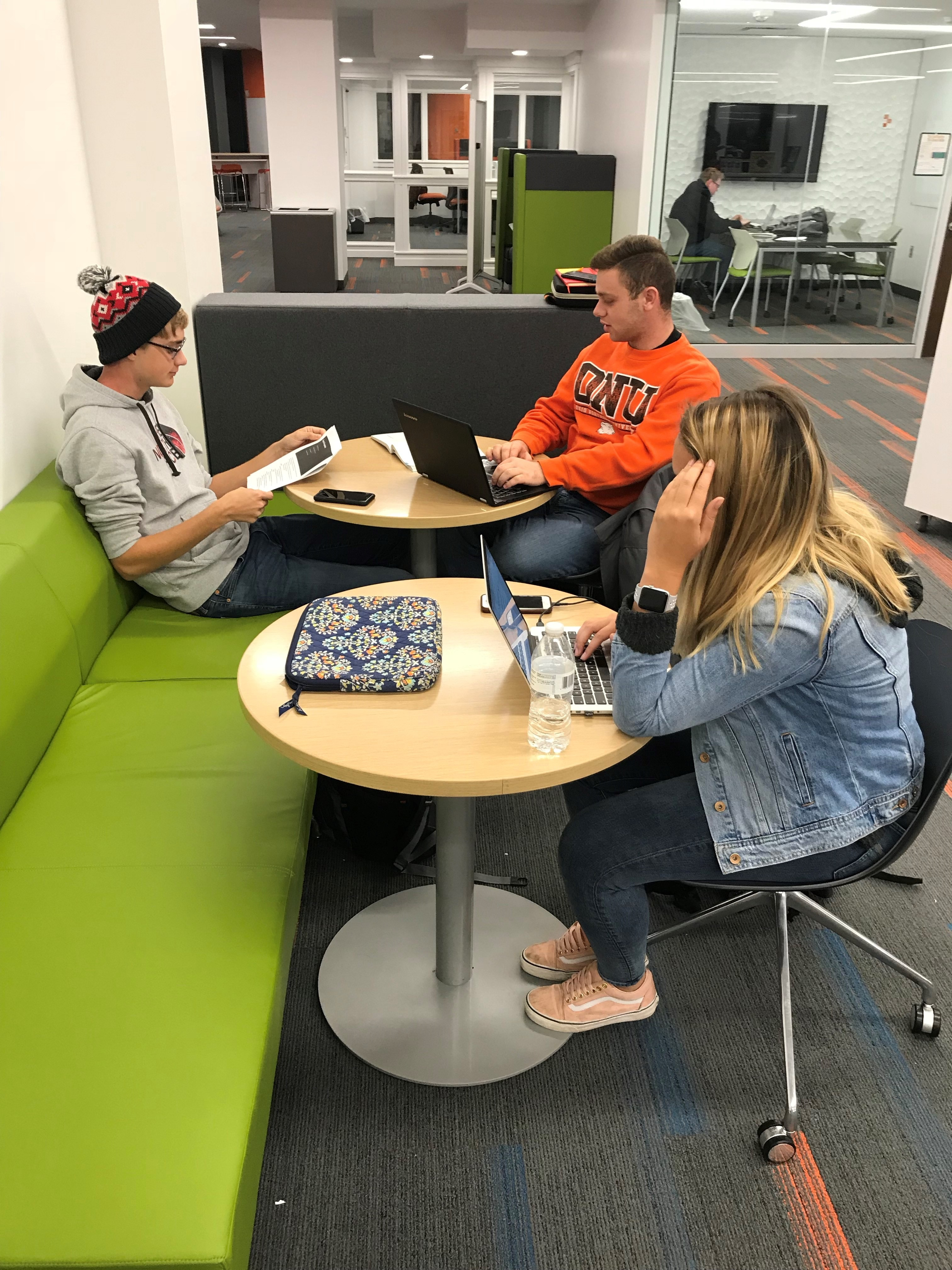 Campus is a very busy and noisy atmosphere. Heterick Memorial Library is often a great escape from this to complete homework and assignments. Students enjoy having the library as a safe place to get work done. Student Senate has responded to this by attempting to maximize the library’s opportunities for students.

The library is now open Monday through Thursday until 1:00 a.m. in the morning.

The library was only open until midnight previously. Student Senate hosts an event known as Coffeehouse once a month with President DiBiasio. It was there that many students on campus were asking for extended hours at Heterick Memorial Library. Ohio Northern’s Student Senate approached the library and asked if they would be willing to extend the hours.

There are numerous reasons that students use the library here on campus. Students use it as a quiet workplace. They have access to the printers. There is a lab full of computers. The library is used as a meeting place. Students can find help in the Writing Center. There is even a cafe available.

There is one downfall to the extended hours.

Baril said that there was a bit of a drawback from the student workers. Being open until 1 a.m. in the morning calls for student workers to spend more time there. “We run into a couple issues. We just have to be careful how we schedule our student workers if they have 8:00 am classes,” she elaborated.

Students wonder if the library hours will remain permanently. Baril addressed this by saying, “We have a gate counter, so we are keeping track of who is coming in and out down to the hour, so we know how many students are coming and leaving in that hour.”

Counting the number of students who come is a way to tell if the extended hours are efficient.  Heterick Memorial Library is going to keep the extended hours until the end of this fall semester. There is currently talk of having the extended hours in the Spring semester as well. Student Senate President, Seth Ferguson, explained, “Currently, the plans are to ride out the trial and collect, compile, and then analyze the data. Once we have all the numbers, we will sit down with Dan again and discuss options. It is possible the hour extension will be permanent, or just increased hours around midterm time.”

Ferguson added that it is still early in the extension of hours, so the results are not clear quite yet. He did however say that a noticeable and positive encounter occurred when a large number of pharmacy students used the extended hours the night before an exam. Ferguson admitted, “The students who are taking advantage of the trial are understandably happy, but honestly I don’t think that many people are aware that the hours have been extended.”

Next year the extended hours may remain if this holds true.